Ofelia Fernandez is certainly not shy. The 20-year-old is keen to share her opinions about the deeply-rooted macho culture in Argentina and Latin America as a whole,women’s rights, and how the younger generation needs to be able to shape the world of politics more. Right now, she believes, it is rusty and out of touch.

“I don’t expect anyone to pretend to be generous by telling us about our future,” she said in a campaign video in June 2019 that was posted on Instagram. “They have to accept that we are the damned present and it’s our turn now.”

She was running to become the youngest ever member of the Buenos Aires city legislature and she succeeded and at the same time became the youngest lawmaker in Latin America.

A Next Generation Leader

Last year, Time Magazine selected her a Next Generation Leader and she has been compared to the US congresswoman Alexandria Ocasio-Cortez.

When she was 17, she put a considerably older expert in his place after he interrupted her and dismissed her as “chiquita” (little girl) during a television debate. “Don’t you call me chiquita,” she told him. The scene went viral. That was three-and-a-half years ago, when students protested en masse against neoliberal education reforms.

But she really made a name for herself as a prominent figure in Argentina’s “Revolution of the Daughters” movement, in which women donned green scarves and waved green flags to campaign for abortion rights.

Abortion is a very controversial subject on the majority Catholic continent, where it is illegal in a number of countries, even if a woman was raped or is in mortal danger. 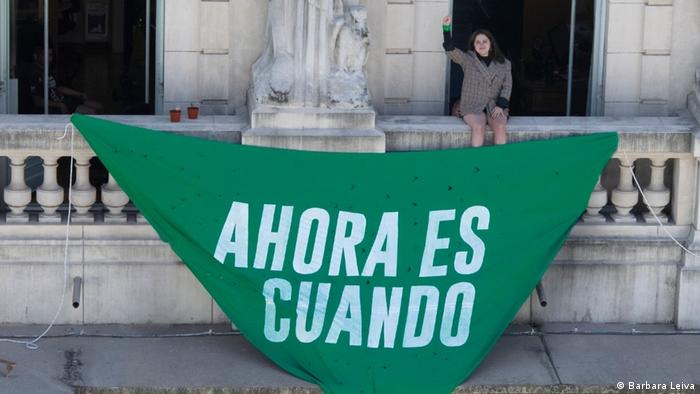 “We’re the ones who have abortions, and now it’s up to you to give us the right to decide,” Fernandez told lawmakers as Congress debated a bill to legalize abortion, a year before her official political career began. “If you don’t, just know that you’re sending us to die in your war, without our permission.”

“You have to get used to the fact that we ourselves decide what life we want to lead,” she said.

The bill was defeated in the senate, a slap in the face for Fernandez and the women’s movement. Illegal abortions continued, however, in poor hygienic conditions and often with fatal consequences.

Fernandez’ success eventually came when the bill was passed at the end of 2020. Abortions were made legal until the 14th week with the state footing the bill. Thousands of women poured out onto the streets to celebrate this victory against the patriarchy, hugging each other and crying for joy.

From a middle-class background with a musician father and office-worker mother, Fernandez has said that she became a feminist by chance. In a television interview, she said that she had always sought the reasons for social inequalities and as a child she had asked why she had food to eat while others didn’t.

She was 15 when she became the first female president of the student council at her school, one of the best state schools in Argentina. This was the time when the feminist “Ni una menos” (“Not one woman less”) movement kicked off in Argentina. Fernandez protested against feminicides, sexual abuse and the gender pay gap. She says that this is when she began thinking about feminism and her worldview changed: “Feminism is one perspective and I had to rethink my logic and priorities.” 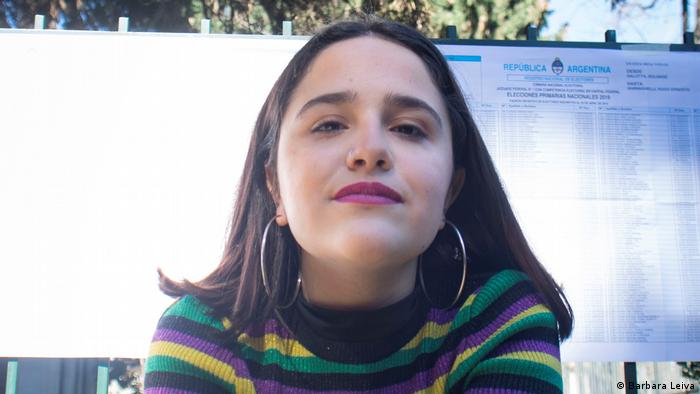 Today, Fernandez has become an icon for many, offering hope to a whole generation which does not feel sufficiently represented. She is honest and approachable, and also very direct. She has said in interviews that it was not easy to run for the leftist “Frente de Todos” (Everybody’s Front) coalition, but that she was not able to resist the opportunity: “I didn’t want to be responsible for changes not happening. For them to keep delaying the actions young people are calling for on the environment, on feminism.”

Some see the young lawmaker as a nuisance, with her demands that officials be taught about gender issues or her campaigns for free and healthy school meals. She has also received a lot of online abuse. Her Instagram account has almost half a million followers but not all are fans. She told Time Magazine that the abuse upsets her but that she had to “resist.”

“I have to remind myself that they’re doing this not only so that I resign, but also to put off any girls who see me and feel inspired to step up and get involved in student activism or unions or politics.”

Fernandez turns 21 in April, so she has plenty of time to continue inspiring others and campaigning for a more equal world.

The Alliances of Leftists and Evangelicals in Latin America

Across Latin America, abortion restrictions are being loosened