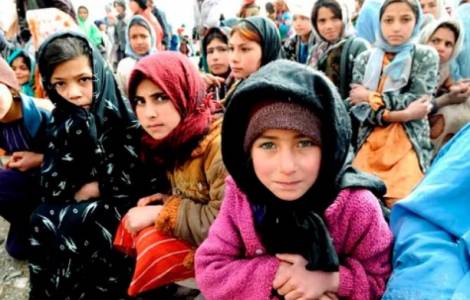 Sydney (Agenzia Fides) – In a letter to the Australian Prime Minister Scott Morrison, the President of the Australian Bishops’ Conference, Archbishop Mark Benedict Coleridge of Brisbane, expressed his deep concern and solidarity with the Afghan people. In the letter, Archbishop Coleridge stressed that the government’s decision to welcome 3,000 Afghans, in addition to the 8,000 refugees already admitted in the past, “is an important commitment”, “but it is certainly necessary to do more”. Based on estimates from major humanitarian organizations and the commitments from other countries, Archbishop Coleridge has proposed to make accommodation available for at least another 17,000 Afghan citizens.

“Australia has responded to major humanitarian crises on several occasions in the past”, notes Archbishop Coleridge. “In light of this, I urge the government to be generous in this case as well. Catholic organizations are ready to support the institutions in refugee resettlement. It is also our moral duty to stand by those who have supported the Australian Armed Forces over the years, such as interpreters and other service providers who are very likely to face retaliation for their work”.

Finally, the President of the Bishops’ Conference also expressly recalled the situation of women who are currently most at risk and the problem of religious freedom: “Women are most at risk and Australia should recognize and support their dignity and rights”, he stressed and “it is necessary to give refuge to Afghans who, because of their beliefs, their values and their lifestyle, run the risk of being persecuted or even killed”. (LF) (Agenzia Fides, 24/8/2021)

‘I never expected to lose,’ Catholic Cardinal Pell, who was jailed on sex abuse and then freed, tells Tribune