The German Catholic Bishops’ Conference (DBK) elected a woman for the first time as the conference’s top administrator on Tuesday, in a move aimed at modernizing the body.

Theologian Beate Gilles was appointed as general secretary of the conference, which is based in Bonn. After her election to the post, the 50-year-old noted her skills as a runner are also well suited to her new role.

“I am an endurance athlete,” Gilles said. “That means I know that a marathon is not decided in its 40 kilometers, but rather by the 1,000 kilometers in training — that’s my distance.”

Gilles is taking on the role as Germany’s bishops face deep disquiet among 22 million German Catholics as well as demands for more leadership roles for women. 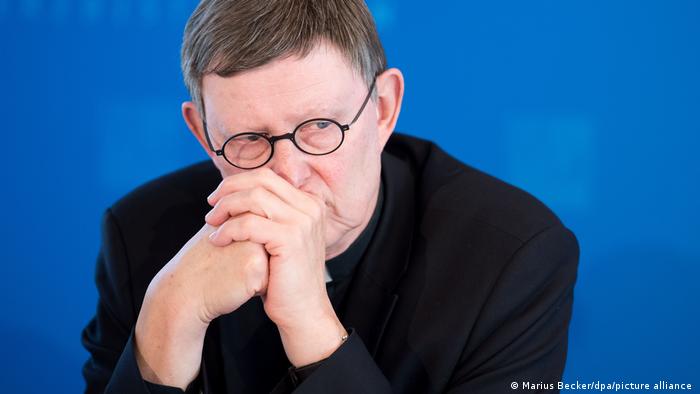 During Tuesday’s virtual bishop’s conference gathering, DBK chair Georg Bätzing described Gilles’ election as a “strong signal that the bishops are fulfilling their pledge to advance women into leadership positions.”

Gilles, who takes over as general secretary on July 1, will not only be the first woman to hold the top bishops’ conference post, but also the first layperson.

The high-ranking role of general secretary is responsible for implementing decisions made by the bishops.

She currently heads a department for youth, family, and childcare in Bätzing’s Limburg diocese.

From Stuttgart, where for a decade Gilles previously headed a Catholic educational entity, colleagues wished her endurance.

“To coordinate 27 consecrated men, each of whom is the greatest in his little kingdom, and to do it in this era: that is courageous, not to say daring,” said Stuttgart city superintendent Christian Hermes.

Gilles, who succeeds Father Hans Langendörfer who for 24 years was the DBK’s general secretary, acknowledged that she appreciated her unprecedented appointment within male-dominated circles.

“This is a sign within the Catholic Church, I’m very aware of that,” Gilles said.

Gilles, unmarried and without children, who is also a Catholic representative in public broadcasting, will from July also take over management of the German dioceses’ VDD federation, with its annual budget of around €120 million ($146 million).

Germany’s Catholic Church has been struggling amid dropping membership rates.

In 2019, over 272,000 Catholics in Germany quit the church. In Cologne last week, a secular city administrative court computer used to formalize exits from the church became overloaded, judicial officials disclosed.

As the scope of sexual abuse and coverups within the church continue to surface, Germany’s bishops have been criticized for their handling of the cases.

Cologne Archbishop Rainer Maria Woelki last year blocked a report on decades of alleged sexual abuse by clerics, turning to a Cologne jurist whose report Woelki has promised to make public on March 18.

He claimed the previous report, compiled by lawyers in Munich, was flawed.

The archbishop’s handling of the lingering scandal and perceived cover-up, involving cases over decades in the largest German-speaking diocese of 2 million, had drawn widespread media coverage.

In the past, though, Woelki made public humanitarian stands, for example on boat refugees.