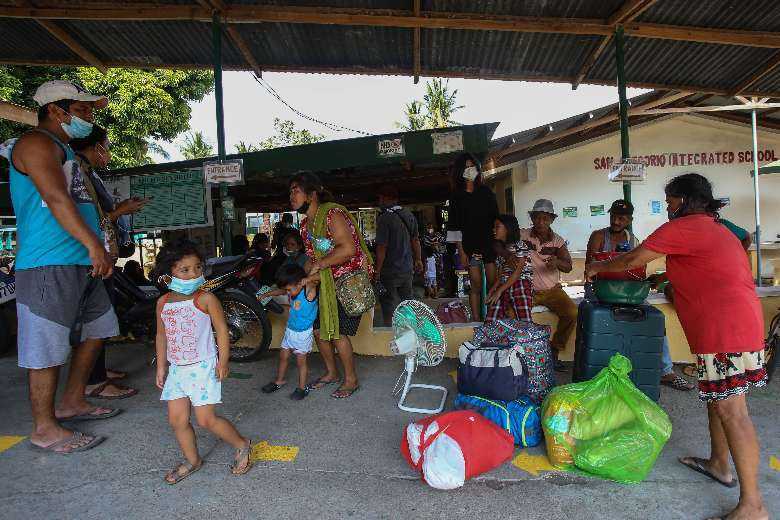 Philippine authorities have appealed to the Catholic Church for help in accommodating people evacuated due to the eruption of the Taal volcano in Batangas province, south of Manila.

The active volcano has been spewing ashes since March 26, leading to the forced evacuation of hundreds of families in the affected area.

“We cannot do this alone. We are asking our parish priests to please help us if possible in accommodating our displaced brothers and sisters in faith by allowing them to stay in your churches or empty spaces,” said Tagaytay police spokesman Lieutenant Jeffrey Geruner.

Thank you. You are now signed up to Daily newsletter

The 20 government-run evacuation centers are now full and Catholic churches are being asked to accommodate affected families, he told reporters on March 29.

The Catholic Church’s social arm Caritas has begun distributing groceries and food packs at the evacuation centers in Batangas province.

“We have given donations to more than 2,000 individuals but this is just half of the total number. We are still going to distribute food packs to those living in government schools,” Father Leo Jasmin from Caritas told UCA News.

“Right now, the focus is really to make sure no one is left behind. This is the first step. The second step is that they need to stay in evacuation centers until they can take care of their needs”

Father Jasmin sought to remind Catholics that it was the Lenten season and they were called to do three things: prayer, fasting and abstinence, and almsgiving. “I am appealing to your generosity to help our brothers and sisters in need. They need water and food, especially the elderly and children,” he added.

As of March 29, a total of 4,143 individuals belonging to 1,228 families from four villages had taken shelter at basketball courts and government-owned schools, according to Philippine police.

“A total of eight villages were affected by the eruption. Many of them are fishermen and farmers living within the danger zone because they had nowhere to go,” Geruner said.

He said more than 113 police officers along with members of the Philippine army were deployed in the affected areas to execute the policy of “forced evacuation” for the safety of residents.

“Right now, the focus is really to make sure no one is left behind. This is the first step. The second step is that they need to stay in evacuation centers until they can take care of their needs,” Geruner added.

The Philippine Institute of Volcanology and Seismology has raised the eruption warning to Level 3 after recording a “phreatomagmatic burst” –- a type of volcanic eruption that involves spewing of magma and water –- on March 26.

Fourteen volcanic earthquakes were also recorded within 24 hours on March 27, causing the emission of hot plumes with sulfur dioxide emissions to rise up to a kilometer in the air.