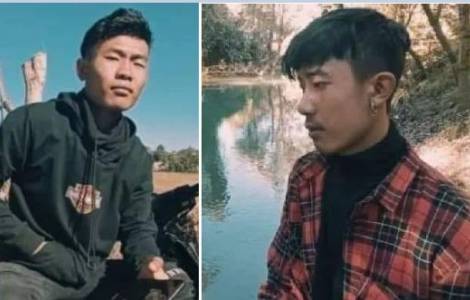 Loikaw (Agenzia Fides) – Intense fighting continues in eastern Myanmar’s Kayah state between the Burmese regular army (Tatmadaw), which continues to bomb cities and villages, and the Popular Defense Forces, spontaneously born to resist military repression. The violence has created over 50,000 internally displaced people in Kayah state, all of them defenseless civilians, according to sources from Agenzia Fides, aggravating the humanitarian emergency. The situation in the city of Demoso is particularly critical. The internally displaced, in large numbers Christians – since faith in Christ is professed by about one third of the local population – take refuge in churches, parish halls, schools and Catholic institutes. The Church is committed to providing shelter and supporting them.

As Fides learned, among the displaced there were two young 18-year-old Catholics, Alfred Ludo and Patrick Bo Reh who in Demoso (in the diocese of Loikaw) had made themselves available to bring food and humanitarian aid to the displaced. In one of their trips between the Church of St. Joseph – yesterday hit and damaged by mortar fire, like the church of the Sacred Heart in the previous days (see Fides, 27/5/2021 and 24/5/2021) – yesterday, May 27, Alfred and Patrick were shot and killed by bullets fired by snipers. The local Catholic community is sad and mourning the loss of the two, defined as “martyrs and heroes who gave their lives to help others, like Christ Jesus”. The funeral of the two young people will be held today in the church of St. Joseph.

Like them, thousands of young Burmese, since 1 February have chosen the path of non-violent protest against the military junta that took power in a coup. Burmese youth are paying a very high price in terms of lives: according to the latest data from local organizations, more than 70 teenagers (under 18 years of age) have been killed in four months by the army throughout Burma, while over 700 victims are young people over 18 years years of age; among them, about 20, according to local sources of Fides, belonged to the Catholic community. In addition, more than a thousand young Burmese have been arrested and are in prison, without access to lawyers or their families. Young people are feared by the Junta due to their adherence to democratic ideals and human rights, which is why the army has deployed snipers to intimidate them and stop their action.

But instead, it is obtaining “the opposite effect of increasing their determination and nurturing their freedom, justice, democracy,” says Fr. Philip Aung Nge, a Catholic priest in Kayah, to Fides.

Currently, the Popular Defense Forces are organizing throughout the country to carry out armed resistance against the repression carried out by the Tatmadaw. The objective of the People’s Defense Forces is to protect civilians as an act of self-defense. (PA-JZ) (Agenzia Fides, 28/5/2021)