ASIA/LEBANON – 11 Christians, 10 Muslims and 2 Druze (but only one woman) in the new government of Mikati 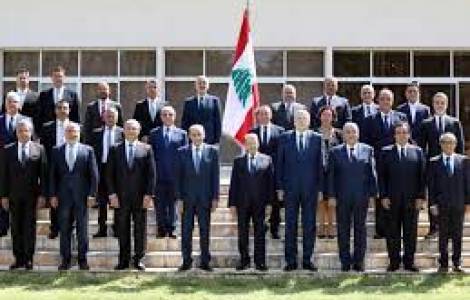 Beirut (Agenzia Fides) – The new government of Lebanon, led by the Sunni Muslim Najib Mikati, is preparing to obtain the vote of trust from the Lebanese Parliament today, Monday, September 20. All the main political forces represented in Parliament (with the exception of the Lebanese Forces, led by Samir Geagea) have guaranteed their support for the new government structure, which in its composition reflects the variety of the Lebanese “mosaic” also from the confessional affiliations point of view.

In addition to Sunni Prime Minister Mikati and Greek Orthodox Christian Deputy Prime Minister Saadeh al Shami, there are 11 Christian ministers, 9 Muslim ministers and two Druze ministers. Among the Christian ministers there are 5 Maronites, 2 Greek Orthodox, 2 Greek Catholics, an Armenian apostolic, a Catholic of the Latin rite (the independent Najla Riachi, minister for the reform of administration, who is also the only woman co-opted into the government team). Among the Muslim ministers, five are Shiites and four Sunnis.

The most urgent tasks that the new government is called upon to tackle will be to curb the national economic collapse and offer itself as an interlocutor for international financial institutions, in the period of time that separates the country from its next political elections, scheduled for 2022.

During the homily delivered during the divine liturgy on Sunday, September 19, the Maronite Patriarch, Béchara Boutros Raï gave thanks to divine Providence for the end of the crisis that left the country without a government for thirteen months. The Lebanese Cardinal expressed the hope that the new executive will work as a close-knit team at the service of the country, highlighting the need to ensure the resumption of the school year, also through the support to be provided to non-state schools, among the priorities to be addressed. Critical hints regarding the composition of the new government were instead expressed by the Syro-Catholic bishops, who met in the Synodal Assembly from September 12 to 18 in Harissa (Lebanon), at the Convent of Our Lady of Liberation. In the statement released at the end of the Synodal Assembly, chaired by Patriarch Ignace Youssif III Younan, the Syro-Catholic Bishops, among other things, expressed their disappointment at the “persistent marginalization” of Syriacs and the Syro-Catholic community in the attribution processes of high civilian offices, noting that no Syrian Christian appears among the members of the new government. The delicate Lebanese institutional system provides that the office of President of the Republic is to be entrusted to a Maronite Christian, while the Head of Government must belong to the Sunni Muslim community and the President of Parliament must be of Shiite Muslim faith. (GV) (Agenzia Fides, 20/9/2021)