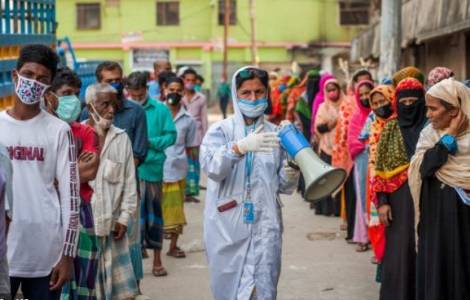 Dhaka (Agenzia Fides) – Fr. Boniface Murmu, 66-year-old parish priest of the parish of Lohanipara in the diocese of Dinajpur is the first Catholic priest who died on July 10 from Covid-19, which hit Bangladesh hard. His figure, who gave himself to his neighbor in prayer and charity, has become a symbol in the fight against Covid, which sees the small Catholic community, in all dioceses, fully committed, with an evangelical impulse of solidarity and closeness to the suffering, in contributing to the care of the sick, making all its resources and facilities available to patients.

“Fr. Boniface was a priest who, thanks to his life and his spirituality, attracted the faithful. We mourn for his loss and pray for his soul”, says to Fides Fr. Samson Marandy, parish priest in Mariampur, in the same diocese of Dinajpur.

Born in 1955 in the diocese of Rajshahi, Fr. Boniface was ordained a priest by Pope John Paul II in 1986, during the Pontiff’s pastoral visit to Bangladesh.

Among the exponents of the Bangladeshi Church there are other victims who died due to Covid: in 2020 the Church lost Archbishop Moses M. Costa of Chittagong, Sr. Mary Arpita of the Congregation of Mary Queen of the Apostles and Friar Robi Theodore Purification, of the Brothers of the Holy Cross, as well as at least 50 lay Catholics. The community of the baptized (in the country with a Muslim majority, with 165 million people, there are almost a million Christians, half of them Catholics) is experiencing a national emergency in the face of the growing numbers of the virus and is offering a contribution without sparing itself. If many Catholic structures have become “Covid-hospitals”, Catholic doctors are also helping with telemedicine. Nelson Francis Palma, Secretary of the Association of Catholic Doctors of Bangladesh, told Fides: “We are helping people in need of treatment through the telemedicine service, assisting many families, of all ethnic groups and religions, by telephone”. Many people are unable to go to hospital, especially if they reside in remote places, due to lack of public transport.

“We offer free assistance thanks to the work of seven teams of Catholic doctors, including a nun, who assist the patients intheir homes with home therapies and also give psychological and spiritual support”, says the doctor. On July 25, 228 people died in Bangladesh due to Covi-19, and 11,291 new positive patients were registered. The country’s death toll has exceeded 19,000 deaths while the total number of cases is at 1.1 million. Bangladesh reported its first three Covid cases on March 8 last year. The infection rate today stands at 15.62% of swabs carried out, while, according to the latest data, the cure rate is 85.77% and the mortality rate at 1.65%.

As reported by representatives of the local Church, if in the first phase the virus was spread only among the people of the city of Dhaka or the major cities, now even the people of the villages suffer from it, while hospitals record a wide spread of the “delta variant”, a lack of oxygen and beds compared to the needs of the sick. Since July 23, Bangladesh has been under strict confinement for a period of 2 weeks and only banks, hospitals, grocery stores and Internet cafes remain open. (FC-PA) (Agenzia Fides, 26/7/2021) 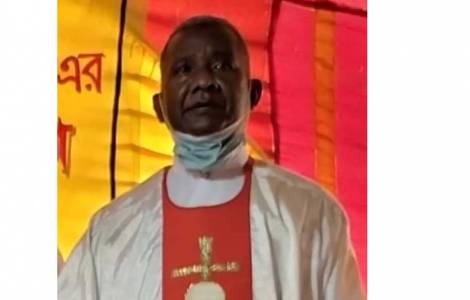