AFRICA/UGANDA – Catholic priest, victim of an act of violence 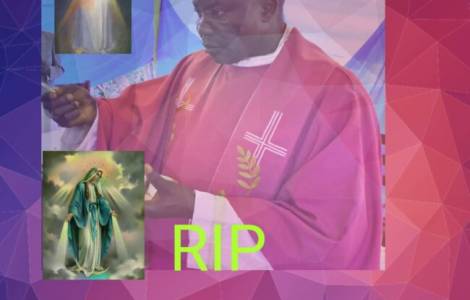 Kampala (Agenzia Fides) – A Catholic priest was violently killed in Uganda yesterday, August 18. Fr. Joshephat Kasambula from the diocese of Kiyinda-Mityana was murdered in cold blood yesterday evening. It is believed that the perpetrator is likely a person who may have had problems with drugs.

In the late afternoon of August 18, Fr. Joshephat went to oversee the work on a property where he allegedly met his killer, who was illegally on the farm. The priest asked the alleged killer who had authorized him to access the land and the house, but stabbed him in the back with a blunt object. The Catholic priest died instantly.

According to some witnesses, the alleged killer is a known to be a drug addict and is believed to have been under the influence of drugs at the time of the murder. Witnesses reported that the Catholic priest had not visited the house and land that belonged to his family for several years. The alleged killer had taken advantage of the lack of control and had lived there for some time.

Fr. Joshephat Kasambula, 68, was the parish priest of Lwamata in the Kiyinda-Mityana diocese. The police have ordered an autopsy while the search for the fugitive killer continues. (L.M.) (Agenzia Fides, 19/8/2021)

African immigrants in U.S. more religious than other Black Americans, and more likely to be Catholic