AFRICA/NIGERIA – Catholic lawyers call for “a summit to address insecurity in the country”; no news of the kidnapped priest” 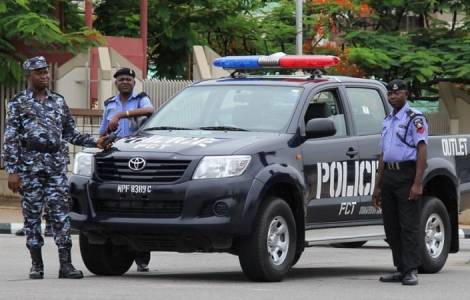 Abuja (Agenzia Fides) – “President Muhammadu Buhari should immediately convene a summit on security in Nigeria”. This is what the National Association of Catholic Lawyers (NACL) is asking in the face of the increasing acts of violence against innocent citizens, including massacres, murders and kidnappings for extortion purposes. In a statement signed by the President and the National Secretary, lawyers Chukwuma Ezeala and Angela Odunukwe, we read: “We condemn in the strongest terms the rampant violence committed by criminal elements that operate almost unhindered, and we ask the police, the armed forces and other law enforcement agencies to redouble their efforts to ensure the safety of life and property of Nigerians”. The Federal Constitution, Catholic lawyers recall, establishes that the safety of citizens is one of the main duties of the government. The summit convened by the NACL should aim to find lasting solutions to the widespread insecurity that afflicts the Federation. The latest act of violence that hit the Catholic Church is the assault on the parish of St. Vincent Ferrer in Malunfashi, in the State of Katsina, in northern Nigeria, with the kidnapping of two priests, one of whom, Fr. Alphonsus Bello, was found killed, while the fate of the other priest, the seventy-year-old Fr. Joe Keke, remains unknown (see Fides, 21/5/2021).

According to journalistic sources the Katsina State Police arrested two people, including the security guard of the parish attacked, for complicity in the attack. According to Gambo Isah, a public relations officer for the Katsina State Police, “preliminary investigations indicate that the security man helped the bandits to attack the parish house by suggesting that they jump over the fence of a hotel behind the church premises”. The police spokesman added that at the moment “we cannot say what led to the priest’s death, because when the body was taken to the hospital, the doctors found no gunshot wounds.” The law enforcement representative assured that the police have intensified their searches to rescue the kidnapped priest and arrest the criminals. (L.M.) (Agenzia Fides, 24/5/2021)