AFRICA/BENIN – Documenting the History of the Catholic Church in Africa: “Catechists as Mediators” 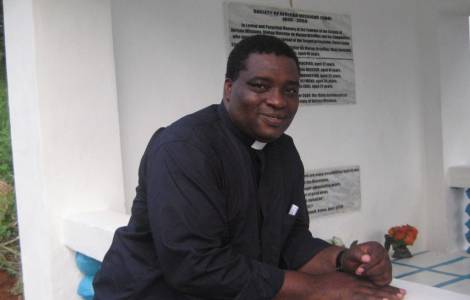 Cotonou (Agenzia Fides) – “We will never stop praising the work of catechists in Africa”, writes Father Basil Soyoye, from Nigeria, of the Society for African Missions (SMA), regarding the ‘Memory of Catholic Africa’ project which he himself launched in Benin in 2021. “When we celebrate the different anniversaries of the evangelization of Africa”, the missionary continues, “we must not forget that the first missionaries did not speak our national languages and that it was the catechists who acted as mediators between them and the local population. If evangelization has been successful in West Africa, it is because there were dedicated catechists there. They were not always accepted by the followers of indigenous religions. Some of them lost their lives because of this opposition”.

Fr Soyoye served as a missionary in Egypt, Benin, Nigeria, and then in Lyon, France, where he founded, the ‘Meeting Point of African Cultures’ with other confreres, as well as directing the SMA African Museum. As he tells us from the SMA Provincial House in Cotonou, it was in Lyon that he realized that in Africa the task of collecting and preserving the memories of the life of the African Church is not taken seriously enough, as the missionaries did during of the colonial era. However, the archives are kept in Europe – he underlines -. Without this instrument, African scholars can hardly do well-documented historical and theological work. I have attended conferences and colloquia and seen the poverty of some work by African researchers who did not have access to archives”. On his return to Benin in 2021, he therefore launched the project that provides an archive, mainly in digital form, focused on the post-colonial period, consisting of “collecting, through video-interviews, stories of the African faith, written or oral information on monuments, religious institutes, significant events of the Catholic Church in Africa”. Father Soyoye has already started working on collecting testimonies of the life of Bishops, priests, men and women religious, catechists, lay people, who have seen the African Church flourish in these 40-50 years and whose generation is now beginning to disappear. A team of journalists, historians and sociologists will support him in this task. (MP/AP) (Agenzia Fides, 25/1/2022)